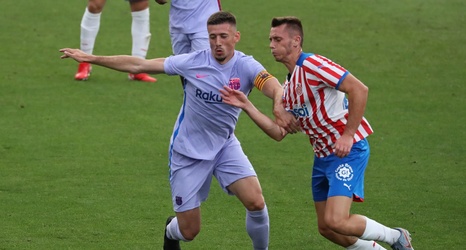 Serie A side Roma are reportedly interested in signing Clement Lenglet this summer and have already approached Barcelona to make an offer for the defender.

According to Sport, the Italian club have offered €15 million for the France international but Barca don’t want to sell for less than €25 million.

Jose Mourinho’s side may also have their work cut out convincing Lenglet to move. The report suggests he wants to stay but if he does go he wants to head to the Premier League.

Lenglet’s future has been uncertain for a little while, after a poor campaign last time out, although he has said he wants to stay.