Barcelona boss confirms Georginio Wijnaldum was on his summer wishlist 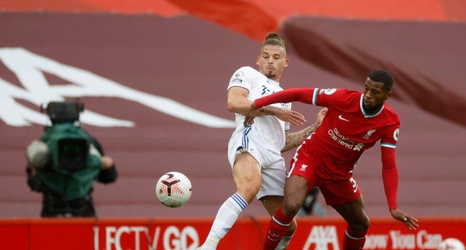 In an interview with Dutch TV channel NOS, Barcelona manager Ronald Koeman has confirmed that he wanted to sign Georginio Wijnaldum from Liverpool during the recent international transfer window.

The Blaugrana replaced Quique Setien with Koeman as the head coach in August shortly their embarrassing 8-2 defeat at the hands of Bayern Munich in the Champions League quarter-final last term.

The Catalan giants were thereafter linked with a number of Dutch players and Wijnaldum and Lyon’s Memphis Depay were among the top targets for Koeman during the backend of the transfer window.