Barcelona B draw with Real Madrid Castilla in Mini Clasico 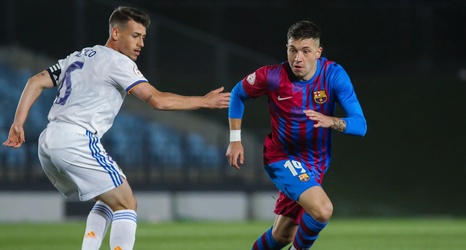 Barcelona B drew 0-0 with Real Madrid Castilla on Saturday at the Estadio Alfredo Di Stefano in the first mini Clasico between the two sides for a whopping seven years.

The visitors started the game pretty well with Antonio Aranda firing a low shot across goal and just wide but that was about as good as it got in the opening 45 minutes.

Real Madrid had the better chances and nearly went ahead on nine minutes when Aranda’s brother Oscar saw his low shot turned around the post by goalkeeper Inaki Pena.

Another chance followed when Sergio Arribas blazed an effort over Pena’s crossbar, while Real Madrid also had a penalty claim turned down for a handball by Jandro.