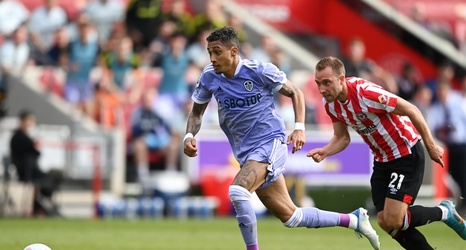 FC Barcelona reached the beginnings of agreement with Leeds United for the signing of Brazilian winger Raphinha, hijacking Chelsea’s bid for the forward.

The Catalans have agreed to match Chelsea’s 60 million euro bid and pay in three installments.

That’s all according to Barcelona journalist Gerard Romero, who says Newcastle United also made a big offer but Raphinha rejected it.

The player’s own desire to play for Barcelona has been key to the agreement. It didn’t hurt that his agent is Deco, a former Barcelona player.

In fact, it’s said he is a culé through and through, and his only dream is to play for Barcelona.