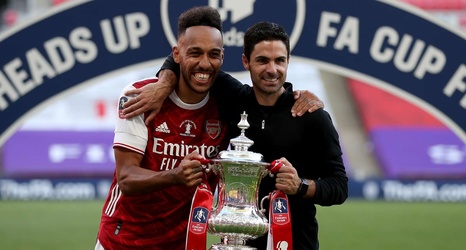 Former Manchester United defender Rio Ferdinand has asserted that Pierre-Emerick Aubameyang’s future doesn’t seem to be with Arsenal, even after the Gabon striker lifted the FA Cup for the first time on Saturday.

The ex-Borussia Dortmund man scored twice as the Gunners edged past Chelsea 2-1 at Wembley for a record-extending 14th cup crown.

Aubameyang has a year left on his existing deal and there has been no indication he is keen to commit to new terms, even though coach Mikel Arteta has been positive that he will sign.