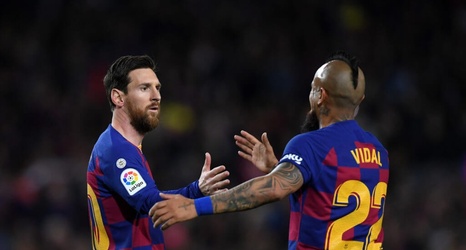 Newcastle United have been linked with a move for the Barcelona midfielder Arturo Vidal.

As per Mundo Deportivo (translated by Chronicle), the player is expected to leave the Catalan giants this summer and he has been linked with Manchester United as well.

However, the report claims that the 115-cap Chilean is not quite convinced by the project at Old Trafford and he is considering a move to Newcastle.

Vidal would be open to joining the Magpies if Allegri takes over as the manager. The former Juventus manager has been linked with Newcastle in the recent weeks.