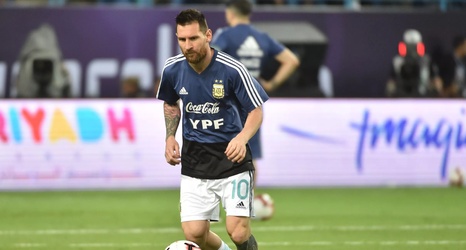 Argentina boss Lionel Scaloni has confirmed that Lionel Messi will play in their international friendly against Uruguay on Monday.

The two teams meet at the Bloomfield Stadium in Tel Aviv, with Messi set to continue in the starting XI after making his return to action for the national team against Brazil.

Messi scored the only goal of the game in the 1-0 win over Tite’s men and attracted headlines for telling the Brazil boss to shut up during the game.

Thiago Silva also criticised Messi after the match, as Brazil slumped to their fifth game in a row without a win.