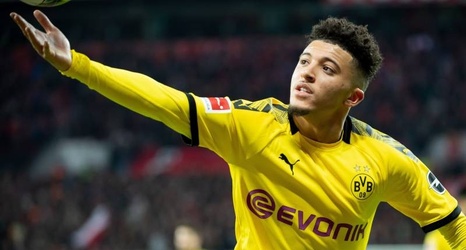 It promises to be one of the most exciting transfer stories of next summer: Jadon Sancho returns to the Premier League.

Bleacher Report sources are increasingly convinced he will become the country's most expensive signing ever, eclipsing the £89 million Manchester United paid for Paul Pogba in 2016.

Sancho's contract is due to expire in 2022, and Dortmund, who are resigned to losing him, expect the teenager to return to England. Remember, Sancho was at Manchester City before leaving for Germany in 2017 for just £8 million.

As his time in Bundesliga now begins to wind down, the big question is which club will win the battle for his signature?