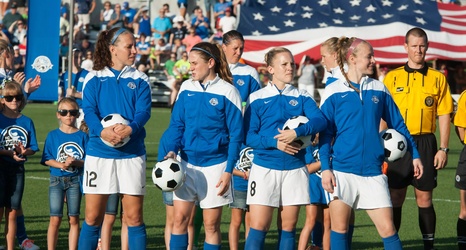 FC Kansas City was one of the original eight NWSL teams and it was a bit of a surprise when the franchise was awarded to the owners of the Kansas City Comets indoor team. All of the women’s soccer “experts” and “pundits” were shocked when Comets assistant coach Vlatko Andonovski was named the Blues first head coach. A few years later those same detractors have come around and were all in favor when he was announced as the new U.S. Women’s National team coach.