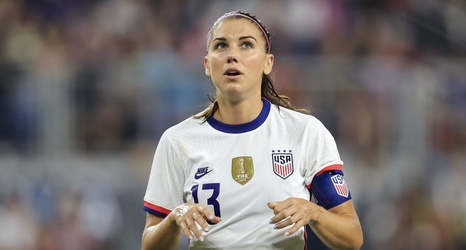 USWNT and Orlando Pride forward Alex Morgan was among the players who stopped Saturday's match between her team and the NY/NJ Gotham in a show of solidarity for those who said they were harassed and abused in the National Women's Soccer League.

Morgan discussed the "heavy" moment that included Mana Shim—one of the women who said former North Carolina Courage coach Paul Riley abused her—and highlighted the systemic failures of the league while hoping positive change is on the way, per ESPN:

"That moment was heavy. I think the whole match was heavy, and obviously it was just amazing to have Mana here and just be able to be here with her during this time and show our support for her.