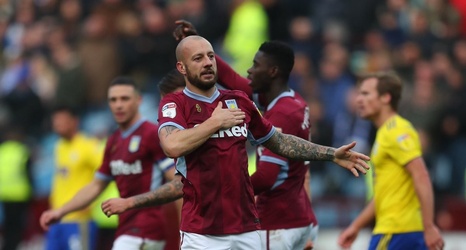 Former Rangers, Tottenham Hotspur and Aston Villa right-back Alan Hutton has admitted that he would love to coach at Ibrox and Villa Park in the future.

The 35-year-old called time on his playing career in February after getting released by Villa at the end of last season following eight seasons at the club.

Hutton joined the Villans from Tottenham in the summer of 2011 after four seasons with the North London club, and he is currently doing some media work.

The ‘Scottish Cafu’ started his career at Ibrox, making his debut in 2001 and going on to make 122 appearances before leaving to join Spurs.