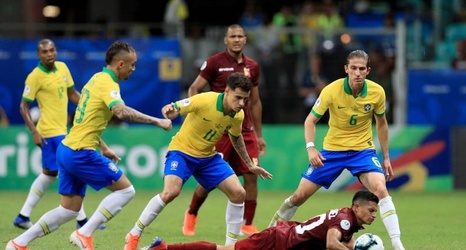 Al-Sadd have released a statement saying speculation linking Xavi Hernandez with a move back to Barcelona to become the club's manager are "normal."

The current Blaugrana head coach Ernesto Valverde has been under pressure throughout the previous two campaigns and scrutiny over his position intensified on Thursday, when Barcelona lost 3-2 to Atletico Madrid in the Spanish Super Cup.

Xavi, who is a legendary figure at the Camp Nou, has been mentioned as a possible replacement if the Catalan giants were to make a change. Al-Sadd, where the 39-year-old is currently the manager, released the following statement in response to the reports through their general manager Turki Al-Ali, per Sport:

"The possibility that Xavi goes to Barcelona at any moment is normal, and we hope that he returns in the future because it was his club and his first home.