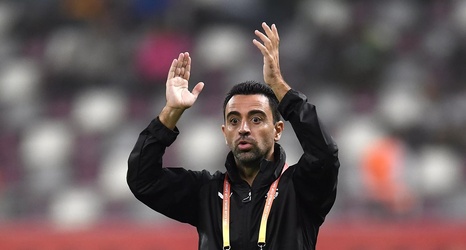 Al Sadd have issued a statement in response to rumors Barcelona plan to meet Xavi to discuss replacing Ernesto Valverde as manager at the Camp Nou.

Valverde’s future has come under fresh scrutiny after a 3-2 defeat to Atletico Madrid in the Spanish Super Cup in Saudi Arabia on Thursday.

Xavi has made no secret of the fact it would be his dream to manage Barcelona in the future, but Al-Sadd general manager Turki Al-Ali says he’s focused on his current job right now.

“The issue of Xavi going to Barcelona is normal and expected because he will be at his club and it’s his first home and he must return there in the future, but as of today, Xavi is the coach of Al Sadd.