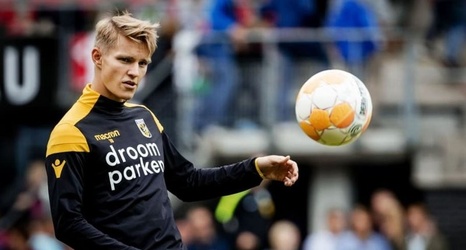 Odegaard, who joined Real in 2015, has spent the previous two campaigns plying his trade in the Eredivisie. This season, he has registered an impressive five goals and six assists which appears to have attracted the attention of Ajax, who are keen on a summer move.

According to Spanish news outlet Marca, Ajax could be preparing an offer 'close to €20m' to prise the youngster away from Madrid in the forthcoming transfer window, with the club looking to replace Frenkie de Jong, who will join Barcelona in the summer.