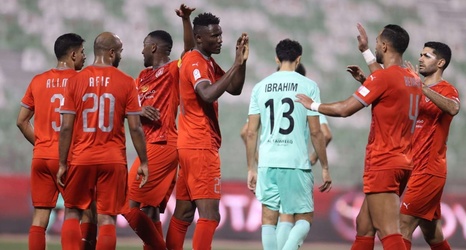 Al-Duhail SC head coach Sabri Lamouchi has praised Michael Olunga and his teammates for what he described as a "crazy" AFC Champions League game against Esteghlal FC on Saturday.

Olunga scored twice to ensure the Qatari side fought from going behind and eventually shared the points in a 2-2 draw. Lamouchi, in his post-match conference, explained why he thinks the encounter was crazy.

“Another match which I call crazy,” Lamouchi said. “It might not have been like the previous one in terms of chances and goals but it was a big and exciting match.