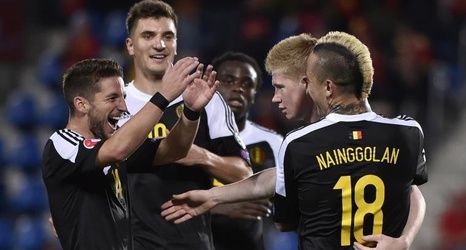 Wolverhampton Wanderers' Adama Traore was approached by NFL teams during his time at Barcelona, according to his team-mate Roman Saiss.

Traore has been one of the most exciting players to watch in the Premier League this season, with his stunning acceleration and dribbling skills making him almost impossible for defenders to stop at full flight.

The winger spent the early years of his career at Barcelona, before he moved to England to play for Aston Villa and Middlesbrough. Speaking about his team-mate, Saiss said Traore had the chance to change sports during his time with the Catalan club, per RMC Sport (h/t Sacha Pisani of Goal):

"I see him every day, because we are in the gym together, before or after training.