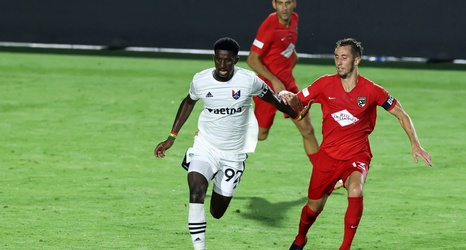 The USL Championship, USL League One, and the NWSL all ended their regular season this past week, which means it is awards time in those leagues. Obviously voting on most of the awards means most of the awards won’t be announced for a while. One award though that can be handed out immediately is the Golden Boot award for each league’s top scorer. In the USL Championship, that award went to former Swope Park Rangers forward, Hadji Barry. Barry, now with the Colorado Springs Switchbacks, tied the league’s single season scoring record on his way to winning the award, scoring 25 goals this season.