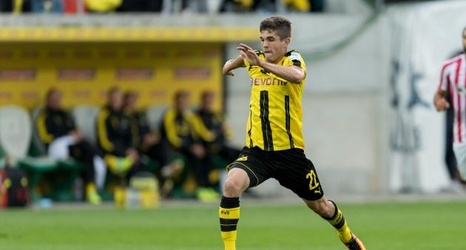 Arsenal midfielder Aaron Ramsey has reportedly signed a four-year contract with Juventus and will join the Serie A champions when his contract expires in the summer, according to BBC Sport's David Ornstein:

Aaron Ramsey has signed a pre-contract that will pay him just over £400k per week when he joins Juventus this summer, according to @bbcsport_david ud83eudd11 https://t.co/pPxhm39IrL

The Wales international's deal will see him earn £400,000 a week in Turin: