'30 games unbeaten for Italy' - Which national teams have the longest unbeaten run in football? 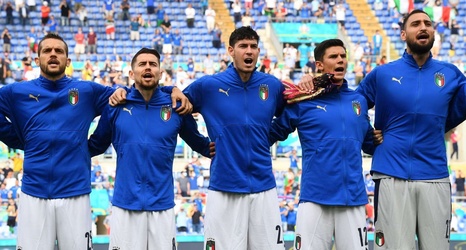 The Azzurri last lost a match in September 2018 against Cristiano Ronaldo's Portugal...

Roberto Mancini's Italy are one of the most in-form teams in the ongoing Euro 2020.

The Azzurri have qualified for the round of 16 winning all three matches in the group stage. They have scored seven goals so far and have not conceded a single goal in the competition something which only England has achieved in the group stages.

Italy are currently on a 30-match unbeaten run and have not conceded any goal in their last 11 matches. Their last defeat came on September 10, 2018, in the group stage of the UEFA Nations League in 2018 against Portugal.