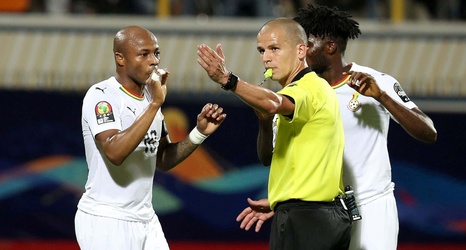 Ghana have launched a protest with Fifa over Ethiopia’s decision to host their 2022 World Cup qualifying matchday five fixture in South Africa.

Second in qualifying Group G ahead of the last two rounds of matches, the Black Stars, as things stand, are set for a second game in South Africa in two months as Ethiopia, whose original home ground of Bahir Dar Stadium has been banned from hosting anymore international games, have chosen to host their penultimate round clash with the Black Stars at Orlando Stadium in Soweto on November 11.

In a fierce race with group leaders South Africa, who sit only one point ahead of Ghana, the West Africans have expressed concerns about the appropriateness of the Walias’ chosen venue, considering it stands to possibly benefit Bafana Bafana, who have a strong interest in the game ahead of their final matchday decider in Ghana three days later.