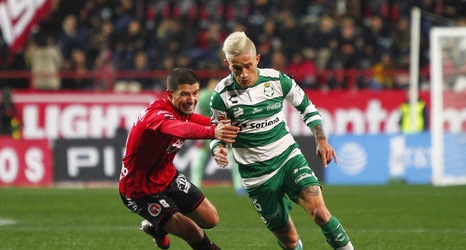 Entering the match, Xolos were very much an unknown quality. Could they address the defensive woes and lack of discipline that plagued them last season with players that weren’t officially introduced in some cases until a couple of hours before kickoff? The answers to those questions were a resounding “yes” as they defeated last season’s superlíder Santos Laguna 2-1 at Estadio Caliente.

The game started off disjointed, with both teams struggling to really put it all together. In the fourth minute, Tijuana’s Camilo Sanvezzo was played in and knocked the ball past Jonathan Orozco, but the linesman correctly ruled the play offside.