15 years later, a look back at Pumas’ Bicampeonato winning 2004 Apertura 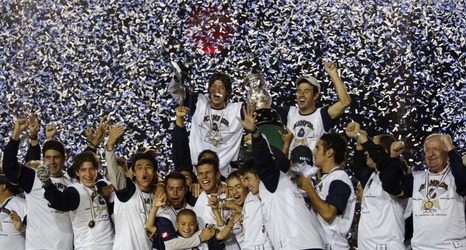 On Saturday December 11, 2004, Pumas made history when they defeated Monterrey in the second leg of Apertura 2004 final. Pumas won the first leg at home 2-1 and then defeated Monterrey away by a score of 1-0. With the win Pumas made history, becoming the first team to win the Bicampeonato (back to back championships) since the short season format started way back in 1997. Under Coach Hugo Sanchez Pumas made history, and although they were the defending champions, they weren’t favored going into the Liguilla. Pumas qualified to the Liguilla as the ninth-placed team, and under the current format they would have missed out on the playoffs.