The Historical Development Of Sports Betting 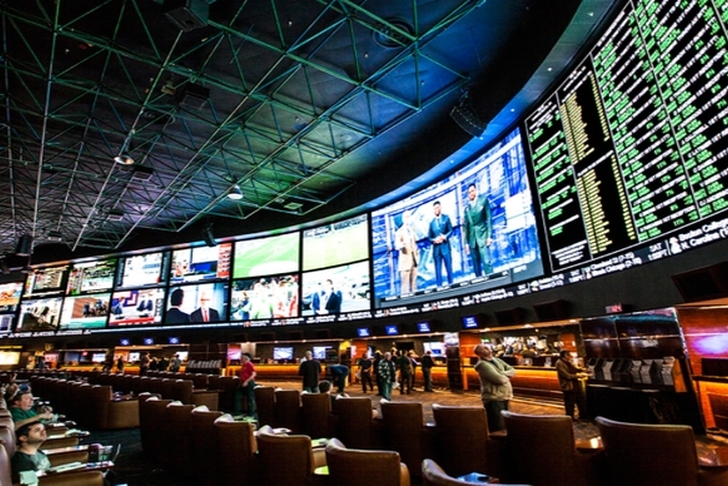 Probably all of us have been in a situation where we were asked to place a bet. Be it in the area of sports or in other areas. Betting itself has been around since the beginning of our civilization, with sports betting starting in ancient times. This is probably because we humans have always measured ourselves against each other and betting offers a good platform to show everyone what you can do. But how sports betting came about, where it came from and, above all, how it has developed over time is something very few people know. And that's why we wrote this article. It is supposed to give information about when betting started and where they have made it today.

That's how it all started
Athletic competitions already existed in ancient times. A very good example of this is the Olympic Games, which were held for the first time in 1896 under the name "Summer Games". These summer games took place, as expected, in Greece's capital Athens. Historians found out, however, that the people of that time had already measured themselves against each other much earlier in sporting competitions. Thus one found proof that there were already competitions in the antiquity, around 880 before Christ to approx. 393 after Christ, which were held always in the distance of 4 years. This summer event took place then in the holy grove of Olympia, whereby the 4 annual rhythm is kept until today. In this time the people have bet, as if there would be no more tomorrow and have thus not too rarely, literally house and yard gambled away. The thought of reaping fame and fortune was simply too tempting. And it could have worked.

Historians assume that this kind of sports betting took place for the first time in 676 BC during the 23rd Olympics. But it was not only in Greece that betting was so popular so early on. Also in ancient Rome people have already bet on the gladiator fights or the popular chariot races. And here, too, wealthy citizens often bet all their possessions. All for the guidance of wife and children...

Then the horse races came.
Another decisive step forward came from England. In the 18th century horse racing was very popular here. And then, for the first time, sports betting came into play, which can be compared to how we run it today. For the English it was simply too boring to bet only on the winning horse. So already at that time they bet on different events during the event and thus increased their chances of winning and also the fun and tension factor.

The thought behind the bets was quite simple. Because somehow these events had to be financed. And this should happen by the bets. And with this idea the betting fever had already broken out. Even on the European mainland there were numerous interested parties who wanted something from the competition.

But it still took a while until the passion arrived in Germany. It was not until 1810 that a sports bet was first placed here, following the English model of a canter race. It was not until the end of the 19th century that football became more and more popular here. And thus also England introduced the football bet in 1921, in order not to stand behind.

After the Second World War, football became so popular in Germany that the Toto, or better known, the 911 bet was introduced. Here one bet on the outcome of 11 football matches. The Toto was organised by the state and, like in England, had the background idea of promoting football through income.

So the betting has developed until today
Even though betting began very early in England, it was still illegal until the middle of the 19th century. And even the business as a bookmaker was not allowed. However, this changed in 1853, even though an official legalisation of the bookmakers did not take place until 1961. Now the bookies had free rein and could finally open their first official betting offices. And one of the oldest, best-known and most traditional was Ladbrokes, which was founded in 1886 and still exists today. And not without reason. Studies have shown that the British invest around 5% of their total money in sports betting and other gambling. This enthusiasm alone is an indication that the development of sports betting, as we know it today, could not be stopped anyway. And so more and more bookies opened their betting offices in Great Britain. Another very well-known betting office of that time is William Hill, which was opened in 1934.

So Great Britain was the forerunner for sports betting as we know it today. The British betting scene has gradually triggered a boom in many other countries as well. At that time, however, it was a bit more complicated to place a bet. Because the bookmaker first had to send his betting slips with the odds by post to his customers until they could place their bets. A very popular provider for this was the bookmaker Intertops, which was founded in 1983 and was the first to offer online betting in 1996. With it a new era was introduced and the age of the Internet had begun.

With the turn of the millennium, more and more bookies started to offer their services online. And this technical development created a completely new market with countless possibilities and inexhaustible potential.

Betting with the mobile phone
The technical development with the Internet has made it possible to place bets comfortably from home without having to leave the house. In the meantime, however, there are also numerous betting providers who offer their betting services via applications that they can install on your mobile phone or tablet. Thus it is now possible to make its bets fast and simply on the way. To visit a betting office is no longer necessary. The provider's offer is very clear and both Android users and Apple users can easily download the app.

Especially for fans of live betting, a sports betting app is a good option, as it is a great advantage if you can follow the betting on the go. The apps therefore offer a convenient alternative for sports betting fans who don't just want to pursue their hobby from home.