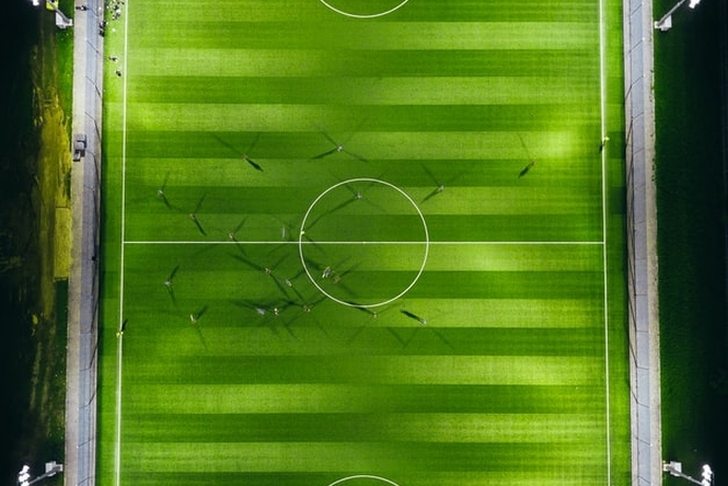 Football is unarguably the most popular sport in the world. Thousands of football stars have graced the biggest stages, transformed the game, and cemented their names in the sands of time through delectable showmanship and astute dedication to the game.

Thousands of football players have been privileged to play the round leather game at the highest professional level. Erik king from Beaverslots points out that current players are brilliantly progressing in their careers. Many more talented footballers hope to play football at the highest levels one day.

The football world has witnessed several talented footballers. Only a few football players have been outstanding. These talented footballers are a delight to watch on green grass as they grace every game with matchless talents. These talented players have the Midas touch and golden feet. They are footballing gods who have brought unlimited smiles to people's faces with the ball at their feet. They've done everything from winning every available laurel to scoring unbelievable wonders.

For lovers of the football game, This article will reveal some of the Greatest football players of All Time – The GOATS, as many people like to call them.

The best football players of all time.

Here are GOATs of all time:

Pele
Pele is a Brazilian legend with 1283 career goals and 231 assists. The goal-scoring machine broke out on the world stage at 17, scoring twice in the 1958 world cup final versus Sweden. The Guinness world records rate Pele as the football player with the most goals.

Diego Maradona
Diego Armado Maradona was a joy to watch on the field of play. The former Argentine international and Coach is famous for his "hand of god" goal. Maradona is also a deftly skilled magician with incredible vision, fantastic pace, excellent ball control, and exceptional dribbling skills. He was a leader on the field for both club and country, and he could do the impossible with the ball at his feet.

Lionel Messi
Lionel Messi currently plays for Paris Saint-Germain. The former Barcelona legend is another Argentine on this list. Messi plays football with so much ease. He never puts a foot wrong. Lionel Messi holds the record for most Balon d'Or awards, with 7 to his name. He has won everything with Barcelona at the club level. Although he has had limited successes with the Argentine national team, Messi wants to take the bull by the horn at Qatar 2022.

Johan Cruyff
Cryuff won 3 Ballon d'Or awards and revolutionized football at Barcelona, where he played. Johan Cruyff was an influential player for Barcelona as he still is today. He managed Barcelona and helped push the Dutch national team to excellent heights, even as a player.

Zinedine Zidane
The French man of Algerian descent was a breeze on the pitch. Zidane had an endless stash of skills and tricks, which he used to evade opponents at ease. Zidane has a distinctive edge for final passes; no wonder strikers love to play in front of him. Upon retiring, he coached Real Madrid to 3 champions league wins, two La Liga championships, and a total of 11 trophies as a manager for Real Madrid.

Ronaldo Nazario
Ronaldo De was a striker's striker. He is a perfect example of a brilliant player who understands how to be an excellent poacher. Ronaldo was a danger and consistent threat to defenses. The Brazilian also has two Ballon d'Or awards to his name. Ronaldo de Lima interestingly played for archrivals Barcelona and Real Madrid in Spain. He also played for AC Milan and Inter Milan in Italy. Ronaldo is a fine striker and a prominent model for many young strikers today.

Ronaldinho
Ronaldo de Assis Moreira Gaucho was a bundle of skills. He was a skillful dribbler and a great entertainer. Ronaldinho remains one of the most gifted footballers ever. He won two FIFA player of the year awards and a Ballon d'Or.

Conclusion
No other football player has been outstanding through the years like these players listed. Cristiano Ronaldo and Lionel Messi have clearly dominated this generation. One can only hope that the next generation of footballers will emulate their work rate and commitment to the game.