World Cup Viewer's Guide - What to Watch For On June 18th 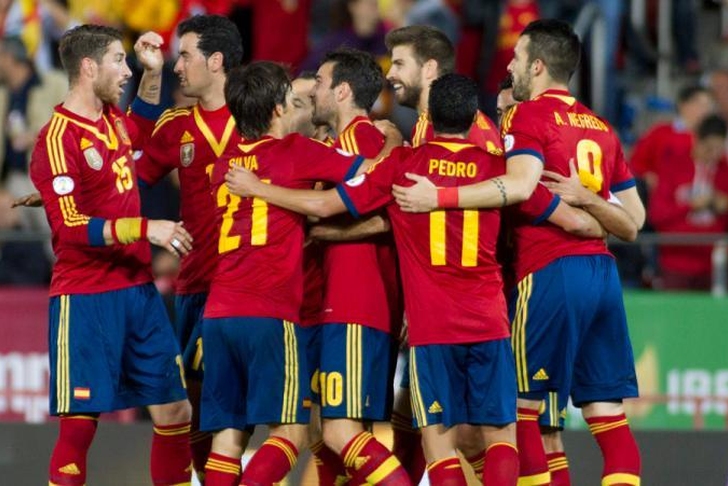 World Cup fans have three more games to look forward to on Wednesday, and as we work our way through the group stage, each matchup becomes increasingly important.

Here's who to watch and what to look for in today's games:

If you're Australian, you probably aren't looking forward to this one. The Socceroos put on an unconvincing show against Chile, losing their opener 3-1, and the Netherlands will be an entirely different animal.

Dutch striker Robin van Persie and winger Arjen Robben helped their country absolutely eviscerate Spain last week as the Netherlands embarrassingly routed the defending champions 5-1. The Spanish stubbornly refused to abandon their game plan, even after it became clear that the Netherlands had them figured out...and that refusal only made things worse.

Australia will need to avoid Spain's mistakes (trying to make everything happen through the middle of the field, letting the completely burnt-out Fernando Torres anywhere near the pitch) while putting themselves in positions to score - with a loss already, the Aussies will need to play to win - they desperately need the three points that would come with a victory. The Dutch will be perfectly happy to repeat their strategy against the Spanish - sit back and soak up pressure, then pick their opponent apart with vicious counterattacks.

The key to Spain getting back on track? A short memory. Against a dangerous, underrated Chile squad, the Spanish can't afford to dwell on the 5-1 massacre that started their World Cup title defense.

Spanish manager Vicente del Bosque knows where the changes need to happen - his once-fearsome defense was ripped to shreds by the Dutch, and without proven replacements for wayward defenders Gerard Pique and Sergio Ramos, he'll need to restore their confidence quickly.

Chile - led by electric winger Alexis Sanchez and imperious midfielder Arturo Vidal - will come flying out of the gate, and the Dutch provided them with a perfect road map for beating Spain. If the Chileans can repeat the performance they put on against Australia, they have the tools to punch Spain's ticket home.

We couldn't have asked for a more perfect excuse to break out the Chat Sports World Cup drinking game.

Croatia still feels robbed after controversial calls marred their opening matchup against Brazil, and they can't afford a loss here. Cameroon, which dropped their opener to Mexico, is in the same boat. When you get two mediocre teams playing not to lose...well, you get a game that doesn't promise much edge-of-your-seat action.

That said, anything can happen at the World Cup - if these two teams decided to cut the brakes and we ended up with a 4-4 draw, we wouldn't be too surprised. Strange things happen when radically different soccer philosophies collide, so this isn't the kind of game you want to bet money on.

Keep an eye on Cameroon striker Samuel Eto'o - a cool customer with a masterful sense of positioning, he can be the difference if given the right opportunities. For Croatia, look out for #10 Luka Modric and #7 Ivan Rakitic. Both will be tasked with creating scoring opportunities, and if Croatia gets on the board, one (or both) will likely be responsible.