World Cup Viewer's Guide - What To Watch For On June 20th 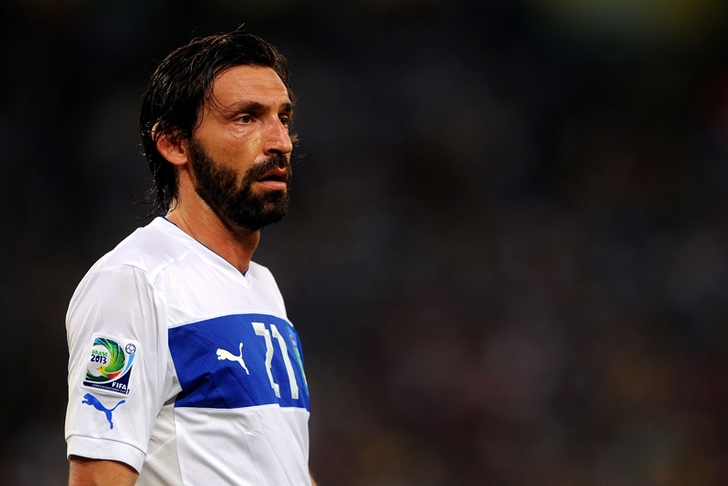 With three excellent games on tap, this should be an exciting day of World Cup action - let's get right down to business:

Anyone who thinks Italy can sleepwalk through this game must have missed Costa Rica's 3-1 win over Uruguay last week. Even without star striker Luis Suarez (who put England to the sword on Thursday), the Uruguayans were massive favorites, but they came out flat and never matched Costa Rica's energy. 21-year-old Costa Rican striker Joel Campbell terrorized La Celeste, racking up a goal and an assist, and Italy's number one priority will be keeping him quiet.

Italy can't let Costa Rica dictate the pace and flow of the game, and the Azzuri will look to three of their midfield stars to maintain control.

Claudio Marchisio and Daniele de Rossi will be charged with imposing themselves in the center of the field, winning the ball back so Andrea Pirlo can work his magic. Pirlo is Italy's most important player, and although he won't always stand out, his impact on games can't be understated.

Operating in front of Italy's defensive midfield, Pirlo is soccer's answer to an All-NBA point guard or an elite NFL quarterback. Like a Steve Nash with better facial hair, Pirlo sets the pace, lulling defenses to sleep with short, crisp passes, then sending inch-perfect, geometrically-impossible balls right through the opposing defense. Also a free-kick specialist, Pirlo can find the net from absurd distances and angles - if Costa Rica commits a foul within 40 yards of their goal, don't take your eyes off Pirlo.

Another Italian to keep an eye on is striker Mario Balotelli. A fearsome, mohawked force of nature, Balotelli is as mesmerizing as he is infuriating. Probably the best player ever to accidentally set his bathroom on fire by playing with fireworks, Balotelli is as likely to score four goals as he is to earn a red card...but no matter how he leaves his mark on the game, it'll be entertaining to watch.

Costa Rica are well-organized and full of spirit, but the individual quality in the Italian team will see them through. Since an Italy win keeps England's World Cup dream alive, Balotelli already knows what kind of reward he wants if the Italians come out on top.

After a comprehensive 3-0 win over Ecuador, the French are already off to a better start than they achieved during their disastrous 2010 campaign (such a national embarrassment that it led to a government inquest)...however, they aren't out of the woods yet. Switzerland is one of this tournament's most underrated teams, and France will need to be at their best to secure the win and virtually guarantee progression to the knockout round.

French striker Karim Benzema, scorer of two goals in the opener, will once again be key, and young midfielder Paul Pogba will also continue to play a major role. Pogba, just 21 years old, is already asserting himself on the game's biggest stage - despite his youth, he's a shockingly complete player capable of scoring jaw-dropping long-range goals.

The Swiss are led by 5'6 dynamo Xherdan Shaqiri. A speedy, erratic midfielder nicknamed 'the Magic Dwarf', Shaqiri can torment slower players with his agility and creativity. 21-year-old striker Josip Drmic never found his way into the game in Switzerland's 2-1 win over Ecuador, and Swiss media says he'll likely be benched for today's game - if he sits out, look for replacement Haris Seferovic to try and replicate his brief, but decisive performance from the opening match (in case you missed it, his last-second game-winner instantly turned him into a national hero).

The Swiss are fun and unpredictable, but France, playing without pressure for the first time in recent memory, should be able to come out on top. No matter the final result, this should be one of the most exciting games of the first round.

Let's get it out of the way - most people aren't going to watch this one. Two small countries and a dire shortage of marquee names? Most Americans would rather flip over to the College World Series.

That's a real shame, because this matchup has the potential to be incredibly entertaining. Both teams desperately need a win, and when two fast, energetic teams throw caution to the wind, the fireworks can be spectacular.

Ecuador is led by Manchester United's Antonio Valencia, a streaky but technically gifted winger. Valencia's form suffered this past season, but he's formed a lethal partnership with striker Enner Valencia (no relation), scorer of five goals in his last five games for his country.

Honduras will need to keep the ball away from the flanks to limit the damage the Valencias can inflict, and former MLS midfielder Roger Espinoza will be charged with keeping things central.

Espinoza had a brutal game against France - hung out to dry by midfield running mate Wilson Palacios' red card, he was unable to influence the game in any kind of positive way. If Honduras can play through the middle and maintain possession, they'll look to MLS striker Jerry Bengtson and Carlo Costly (who scored twice against Ecuador last November) to do damage up front.

This is a very tough game to call - with no real talent disparity and both teams hungry for a win, there's a solid chance that this one ends in a draw.