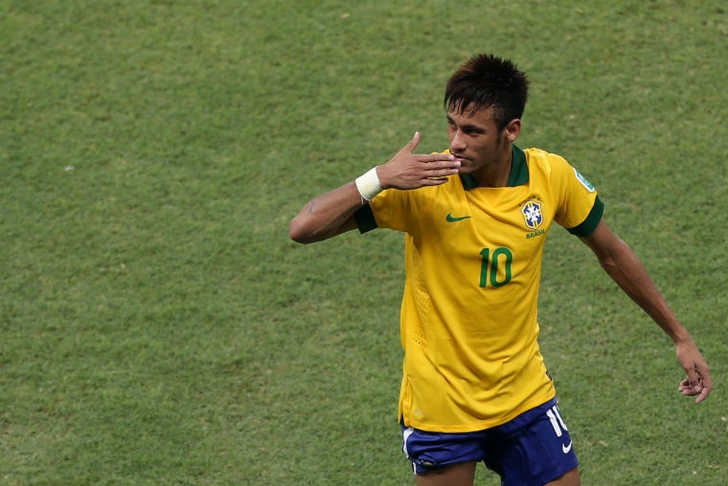 Still buzzing from the United States' win over Ghana? So are we. If you're still hungry for more soccer, there are three big games Tuesday to sate your appetite.

A soccer hipster's dream, this should also be a fun (read: high scoring) game for neutrals to watch. The Belgians are loaded with young attacking talent, and you should take this opportunity to get to know two Belgians - playmaker Eden Hazard and imposing striker Romelu Lukaku.

Hazard is an absolute force of nature - not only a gifted dribbler, he can create scoring opportunities out of thin air while constantly harassing opposing defenses. He has a gift for finding open space, and at just 23 years old, he'll be around for quite a while.

Lukaku, once known as "Baby Drogba" for his resemblance to legendary goalscorer (and personal idol) Didier Drogba, is another player beginning to make waves on the world scene. Lukaku has the build of an NFL running back and a borderline-supernatural ability to be in the right place at the right time - he will look to terrorize Algeria's defense.

Algeria will need to count on that scrappy defense - led by team captain Madjid Bougherra - if they want to escape this game with any points. With well-rounded midfielder Sofiane Feghouli running the show, the Algerians are young and quick but thin on established talent - it's hard to see them asserting themselves, let alone successfully containing Belgium's arsenal.

This is the one you don't want to miss. Mexico hasn't been up to their usual standard recently, but they always come to play against Brazil - El Tri have given the Brazilians a run for their money a number of times in recent years, and the core of this Mexico team was the same squad that took out Brazil in London for Olympic Gold.

That was a very different Brazil, though...at their lowest point under coach Mano Menezes (who was discarded shortly after), the identity and structure that helped them win the Confederations Cup in 2013 were not yet there. Now, under manager Luiz Felipe Scolari, Brazil look like Brazil again - even though some of the pieces are still falling into place.

Mexico has a talented team, but their inconsistency has been a problem for some time now. To get a positive result against Brazil in enemy territory, they'll need every single player to show up...and that might just be too much to ask.

Our Prediction: Mexico doesn't make it easy, but Brazil prevails 2-1.

The last game in our triple-header is going to be a fun one. Soccer die-hards get a fascinating clash of styles, and everyone else gets an excuse to break out our World Cup drinking game (at least on the East Coast, anyway...hang in there, other time zones!).

Keep an eye on 21-year-old South Korean winger Son Heung-Min - long touted as a star of the future, he finally flashed world-class talent for his club team this past season. Son will look to cause havoc in the Russian defense as South Korea counterattacks quickly, and while he isn't the finished article, he's capable of scoring some jaw-dropping goals.

This has all the makings of a cagey, slow-starting game - South Korea is set up to counterattack, but Russia isn't exactly adventurous. The Russians lost their captain and their engine when Roman Shirokov went down with an injury before the tournament, so it'll be interesting to see who steps up in his absence.

Our Prediction: Russia strikes first, but the South Koreans equalize late to earn the 1-1 draw.