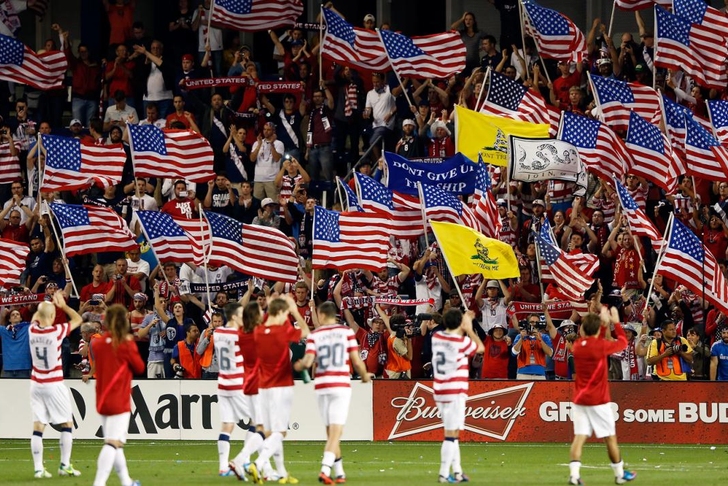 After being placed in the "Group of Death" and the surprising decision of head coach Jurgen Klinnsman to leave Landon Donovan off the roster, all eyes have been on the U.S. Men's National Team. They finished at the top of CONCACAF qualifying, with their most notable win beating Mexico in Columbus with the scoreline "Dos a Cero."

Despite the tough opponents in Group G, U.S. fans and players alike have high expectations to advance out of group play. Their best finish in the World Cup came in 2010 when they lost to Ghana in stoppage time in the round of 16.

The U.S. is looking to seek revenge against Ghana tonight, then will play Portugal on June 22. They will finish group play against Klinsmann's home country, Germany, on June 26.

Dempsey is under the most pressure to perform well at the tournament. The current captain of the U.S. MNT has scored a team-leading eight goals with the Seattle Sounders this season.

His high-energy style of play will be key in keeping the pace of the game at a high level. Dempsey, alongside Jozy Altidore, will be relied on heavily to create chances and score goals this tournament.

Bradley's performance is so vital that it will be hard for the U.S. to win if he does not play well. His presence in midfield makes him one of the best in the world.

This Toronto midfielder is at his best when he has the freedom to go forward--making Jermaine Jones and Kyle Beckerman great choices to play behind him.

With the likes of offensive powerhouses Portugal and Germany, Howard will be counted on to make several big saves throughout the group stage.

The Everton goalkeeper has 30 shutouts in 100 appearances for the U.S. MNT and will need to continue to post clean sheets if the U.S. will have a chance of advancing out of the group.

Before the final sendoff game before heading to Brazil, Altidore hadn't scored in six months. He scored two in that game against Nigeria. For Sutherland this past season, Altidore only scored two goals in 38 appearances.

Altidore has the potential to have a big tournament. He is the main target and has a huge physical presence. However, his lack of goals is a concern moving forward.

With Germany's 4-0 domination over Portugal today, it is looking like the U.S. could advance out of the group if they can earn four points over Ghana and Portugal. This means they would have to win and tie both of these games. It is doubtful the U.S. will win over Germany, but if they can earn four points they could move on to the knockout rounds.

If the U.S. MNT does advance, I don't think they will go past the round of 16. Klinsmann hasn't had enough time to fully implement his European style and the U.S. just doesn't have the talent to advance past the first knockout round.