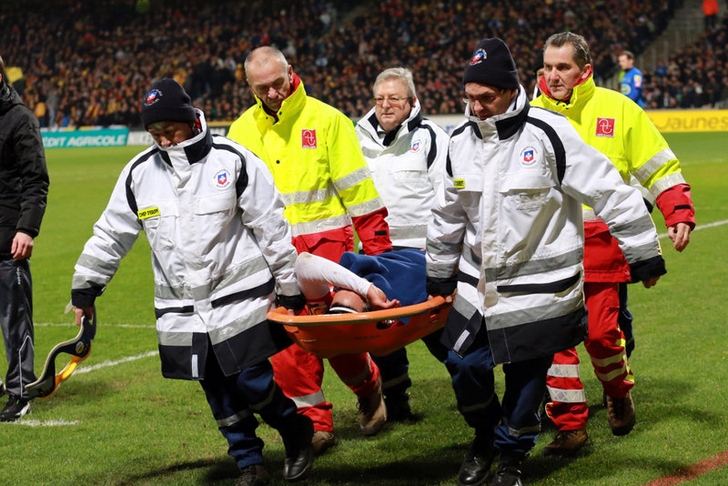 Thursday was a big news day for the soccer world. FC Barcelona's President Sandro Rosell announced his resignation and Manchester United and Chelsea came to an agreement for the transfer of Juan Mata, but perhaps the most shocking and saddening news of the day was Radamel Falcao's injury update. After picking up an ankle injury against Monts Or Azergues in the Coupe de France Wednesday, Falcao hasn't been completely ruled out of the Cup - but his status is in jeopardy.

Falcao was signed to Monaco this past summer after a €50 million move from Atletico de Madrid. The Colombian has not gone unnoticed as a protagonist for both his club and his national team. Living up to his nickname as "El Tigre," Falcao is known as one of the most feared strikers in Europe.

The social media world reacted to Falcao's injury and used the hashtag "Fuerza Tigre" on Twitter to lend support to the Colombian star. Although Falcao's injury layoff has not been determined, medics say an ACL injury like this one takes about six to nine months to recovery from. However, Falcao isn't the only player facing possibly missing the World Cup - the list seems to be growing.

One player definitively ruled out of the World Cup this month was Arsenal's Theo Walcott. The quick-footed Englishman will have to wait another four years before the next opportunity to play for his country on the big stage. Walcott sustained a torn ACL earlier this month against Tottenham Hotspur in the FA Cup, and was given a six-month recovery time.

Walcott's inability to play in the World Cup is a major disappointment for both club andcountry. England manager Roy Hodgson was counting on the Gunner as one of his key players. Walcott is one of the fastest players in world soccer, and was a major contributor for his country during England's qualifying campaign.

There is still no word on Falcao's final word on his knee injury, but the odds seem to not be in his favor. The 27-year-old striker hadn't seen his national team qualify since 1998 and was a key player for Colombia.