Who is the Best Soccer Player Ever? 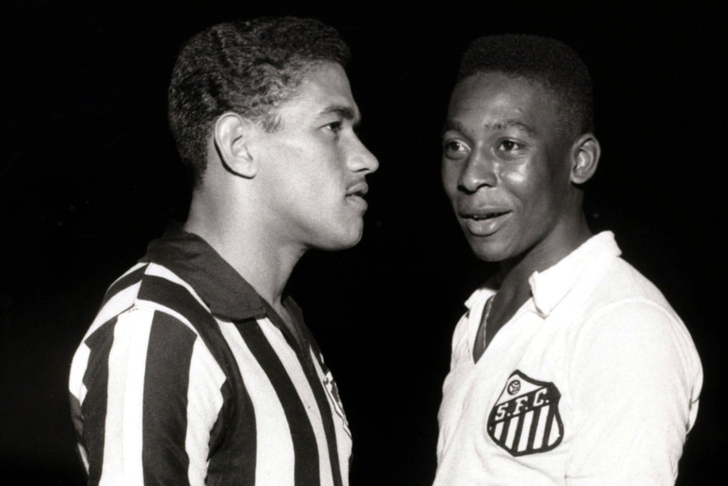 Who was the greatest soccer player of all time? That all depends on who you ask.

There's no popular consensus on who the best soccer player of all time is, but there are a handful of names that will always come up, time after time.

The first name mentioned is likely to be Pelé. Brazil's all-time leading goalscorer with 77 goals, Pelé is the only player in the history of the World Cup to have won the competition three times. A forward who could score goals at will and create scoring opportunities for his teammates, his international career with Brazil began at age 16, and lasted from 1957 to 1971. His club career was also glittering, and he scored 619 goals in 638 matches for Santos, a team based in the Brazilian city of Santos not far from Sao Paulo.

Some Brazilians will tell you that while Pelé gets all the glory, Garrincha (pictured with Pelé in the image up top) was even more talented. A tricky, brilliantly creative right winger, Garrincha never reached Pelé's heights thanks to nagging injuries and a struggle with alcoholism that eventually killed him. At the Maracanã stadium in Rio where the World Cup final will be played, the away locker room is named for Pelé, but the home locker room is named for Garrincha.

Pretty much anyone from Argentina will tell you that the greatest player of all time isn't a Brazilian - it's the scorer of the greatest goal in World Cup history, Diego Maradona. Unlike Pele and Garrincha, Maradona played outside of South America for some of Europe's top club teams, and his exploits with Napoli made him a national hero in Italy. Maradona played in four World Cups, and while his later career was hampered by drug problems, he still left an impression on an entire generation of soccer fans.

Other names in the discussion include French playmaker Zinedine Zidane (who casual fans will remember for his legendary 2006 headbutt), British legend George Best, Brazilian genius Ronaldo (regarded in some circles as the greatest pure scorer of all time).

Currently active players like Lionel Messi and Cristiano Ronaldo are also in the conversation, although both have so far failed to replicate their club success on an international stage. Could 2014 be their chance?