What in the World is Up with Mexico? 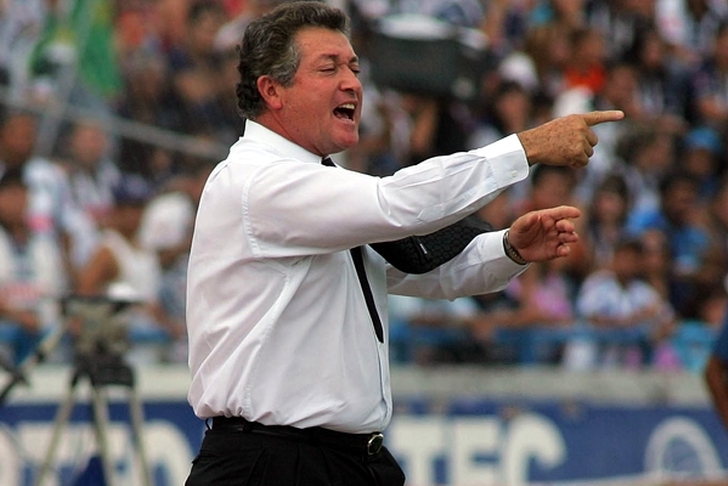 In 45 days, Mexico has had four coaches: Jose Manuel 'Chepo' de la Torre, Fernando Tena (for one match), Victor Manuel Vucetich (for two matches), and now the recently appointed Miguel 'Piojo' Herrera. That statistic turns into almost one coach every 10 days. So, what in the world is up with Mexico these days?

Here's a problem a lot of non-Mexican fans don't see. The behind the scenes. Who's running the show? If you open one curtain you can see Justino Compean, president of the Federation of Mexican Football (FMF), who is the one pulling the strings to this puppet show. But, who's setting up the big stage? Televisa, ladies and gentleman. Televisa is the real problem to what Mexico is facing.

Televisa are the one's setting up the stage, placing puppets like Compean, and forcing the

federation to choose a new coach every time something goes slightly wrong. This is an awful strategy. I know I'm being a bit bold here, but Mexico can't find consistency because they aren't setting their stage properly. Rotating a coach every 10 or so days messes up the team chemistry to begin with.

Compean has to go, but Televisa won't let that happen. The federation has become so politically corrupt, it's crystal clear panic is setting in. Why fire an incredibly intelligent coach like Vucetich after only two matches? That's a lack of respect. Someone like Vucetich deserves more. He's a hard-working coach, always has, always will be. Hiring someone like Herrera isn't smart. Herrera has won one championship with CF America and in his 5 years in Monterrey with a perfectly set up team, couldn't win not one championship.

I'm not saying championships directly reflect how good of a coach you are, but Herrera is just not the man for the job. Today he announced he would coach for free. Makes him look good, right? But at the end of the day it's all about the money. If he helps Mexico win against New Zealand, he's going to get a big fat check. I'm rambling on here, but it's incredibly frustrating (especially as a Mexico fan) to see your team go through such controversial decisions.

Tuesday's game versus Costa Rica was a disgrace. Chicharito Hernandez is simply losing the stamina he had a year or two ago even with Mexico. Not finishing that goal himself and instead passing it on to his teammate, offset the goal because of an unnecessary offsides. It was simply, well, silly. I won't even go into the missed penalty against Panama. The worst part? The U.S. Men's Soccer team, Mexico's number one rival, kept Mexico alive. Without those two goals from the U.S., Mexico was waving goodbye to Brazil 2014.

It's just embarrassing almost. As a Mexico fan, the last thing you want to be doing is thanking the U.S. for keeping our hearts beating for Brazil 2014. I do thank the U.S., but I'm only happy Mexico is still alive because I wanted Vucetich to be the man to take us to Brazil. However, after he was so abruptly let go and quickly replaced by Herrera, my disappointment grew and my blood boiled.