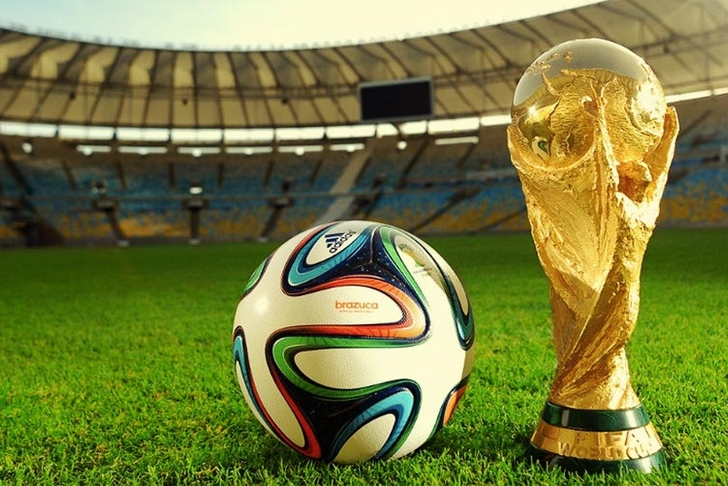 We hope the rest of you are enjoying the World Cup as much as we are! If you aren't, that means one of two things: you're either too American (Roll Tide/War Eagle to that) or too sober. Fortunately, we have a solution to both problems...the ultimate World Cup drinking game for Americans! No soccer knowledge is required, and all you need to get started is a beer (or multiple beers...your mileage may vary) and a few friends.

Someone falls over for no apparent reason

Someone falls over for a terrible reason (getting lightly nudged by an opponent, blatantly diving to win a penalty kick, some combination of the two)

Someone takes a free kick

The announcers mention the heat or the humidity (who could have guessed that it would be hot and humid in Brazil?)

A goalie is yelling

A Latin American team is described as "scrappy"

An Asian team is described as "technical"

An African team is described as "physical"

A national anthem is played

Someone gets a yellow card

Someone hits the crossbar or the goalpost

Someone scores a goal!

Finish your drink if...

Someone gets a red card

The medical team brings out a stretcher to carry off an injured player, but he makes a miraculous recovery and jogs away

BONUS ROUND: If you're watching in Spanish and someone scores a goal, start drinking as soon as the ball goes in and continue until the announcer stops yelling.

Wanna learn more about the World Cup? Check out our Survival Guide for Americans!