The Barcelona Curse: Part One 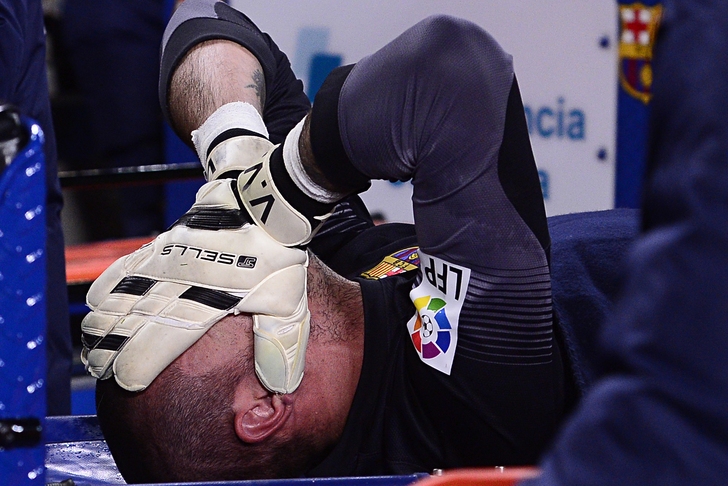 What has been going on this season in FC Barcelona is unique relative to what's been going on with other European clubs. No, they aren't on the brink of relegation and haven't lost a damaging amount of matches (well, they did just lose 3 in a row, which hasn't happened since 2003), but they have come face-to-face with a lot of problems like money and injuries.

The problems they have faced this season have affected the team's performance and overall strength. Let's break it down:

The incident with Neymar was probably the first of the problems for Barcelona this season.

This made the officials look, well, not so great. Especially the now former President Sandro Rosell. Rosell had dealt with a little bit of drama already with tax evasion earlier that season. On top of it all, the president had been getting a lot of backlash over his decision to only allow Catalan natives to become 'socios' of FC Barcelona.

The Neymar lies became the final straw for Rosell, as days after he decided to resign. His replacement Josep Maria Bartomeu stepped up and has since tried to make the team look a little less stained.

What a mess. The announcement of Barcelona's transfer ban came as a shock to a lot of fans, myself included. FIFA announced that Barcelona was not allowed to buy nor sell players for two transfer windows. In other words, the 'cules' were banned from the transfer market for a whole year.

The reason behind the transfer ban came after FIFA investigated the team about their transfer deals with minors. FIFA said Barcelona violated a lot of the rules stated in Article 19 of the rule book. Not only did FIFA claim the Blaugranas violated Article 19, but they also said the team did it with 10 players. This was a little hard to believe.

Barcelona is known for having the Masia and  for their fantastic youth system. The program includes a brand new home for the boys that come through the system, which also includes a rigorous education program.

Bartomeu fought FIFA with an appeal to the large ban. Wednesday, FIFA announced the reduction of the ban. Barcelona will be allowed to buy and/or sell players this coming summer 2014. Big options for the team include Chelsea's David Luiz for about 35 million euros as well as Borussia Dortmund's goalkeeper Ter Stegen. The deal with Stegen had fallen through because of the ban, but rumor has it the deal is back on after the transfer reduction.

Injuries can weigh a team down, but so can the retirement of a great player. Captain Carles Puyol had been on-again off-again for a couple of months due to injury and age. The 36-year-old centre back has been nothing but a leader and an inspiration in the team. Not having Puyol's spirit on the team has taken a toll not only for the back line, but for his right hand man, Gerard Pique.

After suffering a series of injuries, Puyol officially announced his retirement. Puyol is one

of those players who is not only hard to hate, but hard to forget. His unique ability to absolutely kill headers is incomparable and his energy on the field is intense. His nicknames say it all: 'Tarzan' and 'Tiburon' (Shark).

Puyol's absence on the team has taken a toll at the back, true, but not only was he forced to sideline due to injury, Pique was ruled out as well. In the quarter-final match against Atletico Madrid, Pique landed very awkwardly on his back and fractured his hip, ruling him out for four weeks. The man to step up? Youngster Marc Bartra.

Bartra is 23 years old and hasn't had much experience in big games. He scored a fantastic header against Real Madrid, but was constantly beat at the back. Fans have shown their support and appreciation for his hard work. Stepping in for someone like Pique is certainly not a simple job and fans have acknowledged that.

Prior to Pique's injury, Barcelona suffered yet another injury: goalie Victor Valdes. Valdes tore his ACL in a La Liga match against Celta Vigo. Sidelined for a minimum of six months, Valdes will not only miss the rest of the season, but will also miss the 2014 World Cup.

His replacement, Jose Manuel Pinto, has done the job of stepping up, but has made a couple of crucial mistakes. Don't get me wrong, Gareth Bale's goal in the Copa del Rey final was an absolute beauty, but Pinto came up with his legs in the wrong position giving Bale the chance to score between his legs.

All of the injuries not only take a toll on the strength of the team, but can also psychologically affect the team. The defense is falling apart and it seems like teams such as Atletico Madrid and Real Madrid have taken advantage of that. Both Madrid teams took advantage of the open spaces in the back, adjusted their lineups, and played breakaways. Not your typical football strategy, but it worked like a charm.

All Barcelona can do now is be thankful for the fact that they will be able to sign defenders in the upcoming transfer window and not have to wait an extra year to do so. The Catalan giants are in 2nd place with 81 points in La Liga.

I will post "The Barcelona Curse: Part Two" in the coming week. Be on the look out!