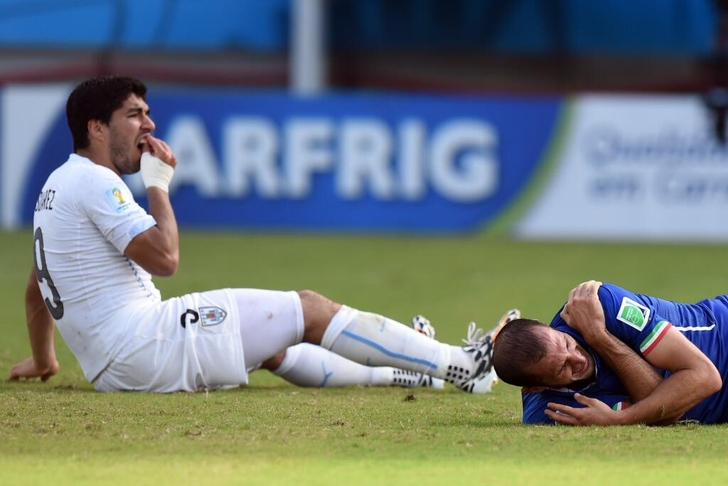 Uruguay may be advancing to the knockout round after their win over Italy, but Luis Suarez might have bitten his way right out of the World Cup.

Suarez was spotted biting Italy's Georgio Chiellini, and pictures taken of the aftermath make it absolutely clear what went down:

Believe it or not, this is Suarez's THIRD high-profile bite. The first came back when he was still with Ajax in the Netherlands:

It looks like that incident gave Suarez a taste for human flesh, though, and he recently earned a hefty suspension for taking a bite out of Chelsea's Branislav Ivanovic:

It might be time for Uruguay to invest in one of these for their world-class striker: