Landon Donovan Admits He Rooted Against The U.S. After Being Cut 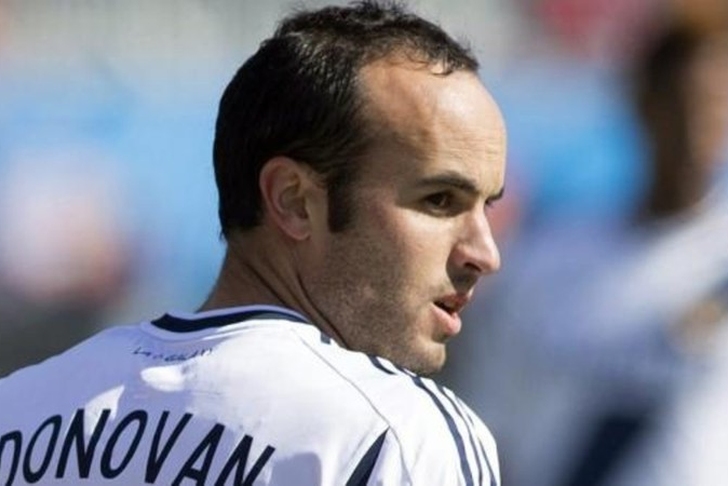 On Satuday, U.S. soccer icon Landon Donovan played in his first game since the U.S. began its run at the World Cup in Brazil, helping the LA Galaxy to a 1-0 victory over the San Jose Earthquakes in an MLS regular season contest.

This comes on the heels of U.S. coach Jurgen Klinsmann's controversial decision to leave the 32-year-old Donovan off the national squad - a move which caused even further division amongst U.S. supporters after striker Jozy Altidore was injured against Ghana.

Donovan worked for ESPN as an analyst during the group stages of the World Cup, meaning that questions about Klinsmann's move dogged him for weeks while he attempting to impartially review the United States' performance.

Now, in his first candid interview on the subject since the beginning of the World Cup, Donovan admitted to Bill Plaschke of the Los Angeles Times on Friday (via Nick Schwartz of For The Win) that he rooted against the U.S. after he was cut from the team's final 23-man roster:

“I’ll be completely honest, watching them play Azerbaijan, inside, part of me was thinking, I hope the game doesn’t go very well today. In my heart of hearts, I thought, if we get a 1-0 win and the team doesn’t perform well, that would feel good.”

Despite exhibiting rough and uneven form, the U.S. beat Azerbaijan 2-0 that day. Donovan, however, had a change in perspective the very next morning.

You can read Donovan's entire interview with the LA Times at this link.