How Many Players Are on the Field During a Soccer Game? 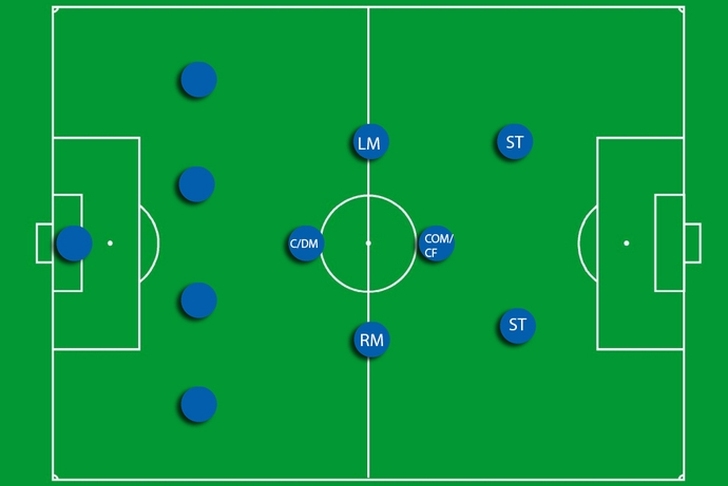 There are 11 players on the field per team during a soccer game. Each team has 10 field players and a goalkeeper.

Formations are identified with the number of defenders, midfielders and forwards. Goalkeepers are understood positions and aren't included in the formation.

Depending on the coach's style of play, there are several different formations that could be used for the spacing of players on the field. Formations can change from game to game, or can even change during the run of play.

For example, if a team is winning 1-0 with less than ten minutes left of a World Cup match, the coach may tell the team to switch to a more defensive formation by dropping a midfielder back or substituting a forward or midfielder for another defender.

The formation 4-4-2, one of the most common, means there are four defenders, four midfielders and two forwards. Other formations include 4-5-1 and 4-3-3. Soccer is a creative game and there are several formation combinations coaches use.