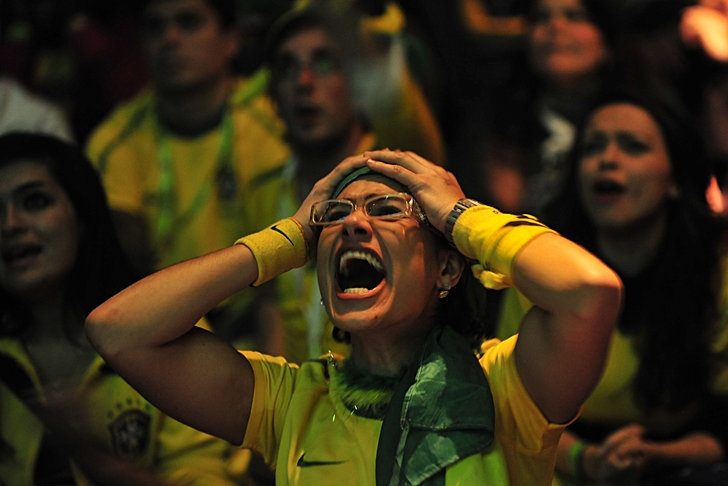 Without breakout star Neymar in their 2014 FIFA World Cup semifinal match against Germany on Tuesday, many soccer experts have predicted the downfall of a Brazilian squad which has seemed downright uneven at times during several stretches of the tournament so far.

However, said experts are failing to take one key advantage for Brazil into account - voodoo.

"I'll take their top player and bind his legs so he can't run on the pitch," said Brazilian black magic practitioner Helio Sillman (via SBS.com) , referencing a voodoo doll of an unmentioned German player that he will curse prior to Tuesday's game.

At his shop "World of Orixas" in northern Rio de Janeiro, Sillman engages in an extremely detailed ritual before every Brazilian soccer contest.

Per SBS, "using a a small football pitch-shaped box as his altar, he puts inside lit candles in the colours of the opposing team and the voodoo doll of their most important player." Sillman uses this ceremony to enact a debilitating curse on each opponent's most crucial weapon - with varied results.

Such magic didn't exactly stop Columbia's James Rodriguez from scoring in Brazil's 2-1 victory in Friday's quarterfinals, nor did it prevent Neymar's fractured vertebrae that will sideline him for the remainder of the World Cup.

However, pointing to Brazil's victories over Cameroon, Chile, Croatia, and Mexico (and voodoo dolls of a player from each of those squads currently sitting in a bowl), Sillman has a very clear message for the nonbelievers.

"Those are the four teams that Brazil have overcome," he said succinctly.

Good luck, Germany. You might need all that you can get.