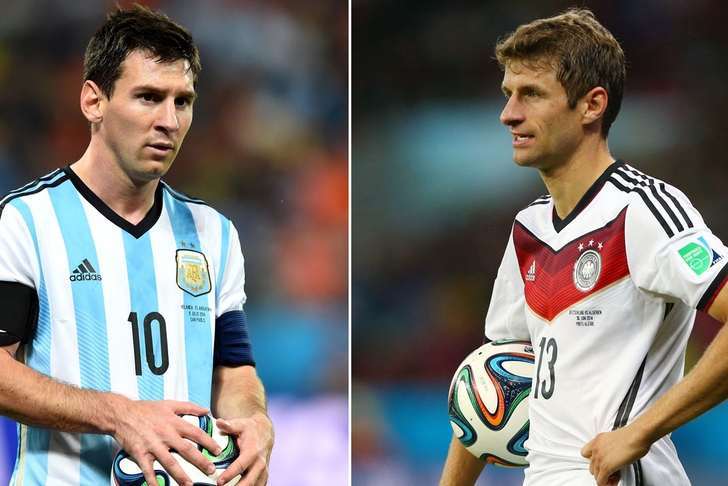 Bringing home their first title since 1990, Germany survived a world-class challenge from a game Argentinian side on Sunday with a 1-0 victory in extra time to win the 2014 FIFA World Cup.

In what was being termed by many as a battle between the world's best player (Lionel Messi) and arguably one of the most complete teams in the tournament (Germany), the first 90 minutes were a lot more wide-open than the 0-0 scoreline would suggest. The teams traded punches and counter-punches throughout regular time, with every top scoring chance missing by the thinnest of margins.

The beginning of extra time was no different, with each side trading brilliant chances on goal in the first eight minutes...to no avail. The match only increased in intensity from there, as a spent Argentinian side desperately tried to initiate counterattacks while Germany seemed content to pick and choose their spots.

Neither team could scratch a tally onto the score sheet in the first 22 minutes of extra time, but that would all change on a brilliant sliding touch finish by 22-year-old German midfielder Mario Götze in the 113th minute. A jubilant German side engulfed Götze as the young German Bundesliga star relished the moment.

Argentina did everything in their power to fire back, but it was not to be on this fateful July day. The German national team hoist their first FIFA World Cup Trophy in 24 years, bringing Europe its 11th overall championship.