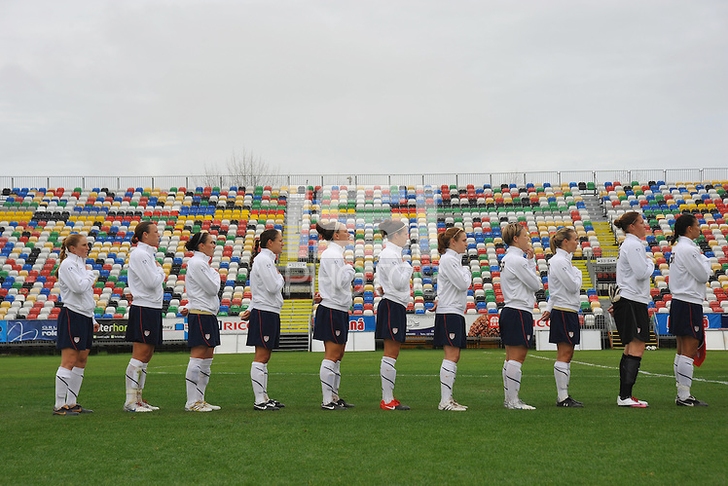 The U.S. Women’s National team will make their 19th appearance at this tournament, seeking their record 10th championship. The U.S. WNT has been slated into Group B— the group of death for this year’s tournament.

The U.S. opens up group play today against Japan. This should be a great matchup, as the U.S. is currently the top ranked team internationally while Japan are just behind them in third. In two days, the U.S. WNT will face former U.S. coach Pia Sundhage and the sixth world-ranked Sweden team. Americans will round out group play versus Denmark on March 9.

Ultimately this tournament is going to come down to one game: the U.S. WNT vs. Japan. Winner of this crucial match will decide who wins Group B and likely play Germany in the final.

The U.S. WNT definitely has the talent to win a third straight title. Last year, the American women were victorious over Germany after a pair of goals scored by Alex Morgan:

Although Morgan won't make the trip this year due to injury, forwards Sydney Leroux, Christen Press, Sarah Hagen, Amy Rodriguez and veteran Abby Wambach are certainly up to the task on the front line. The defense has also been solid as of late—Hope Solo and her back line haven't allowed a goal in 2014.