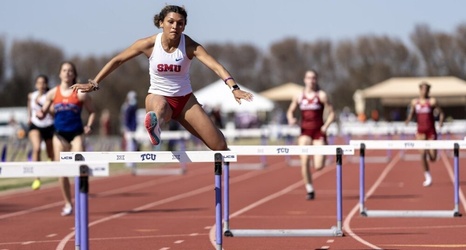 University of Texas–Austin. Ashton Woods of SMU put her team on the map during the Texas Relays. She took the field at around 3:35 pm on Saturday afternoon after finishing near the top of her heat on Thursday. She took the second lane position, and as the gunshot went off, Woods took off. Running against some of the best athletes in the country, including some elite LSU juniors and seniors, Woods finished in the top nine with a time of 58.31, almost a second better than her sub-minute time on Thursday. It was a historic performance, as she broke the program record for the third time in an eight-day span.