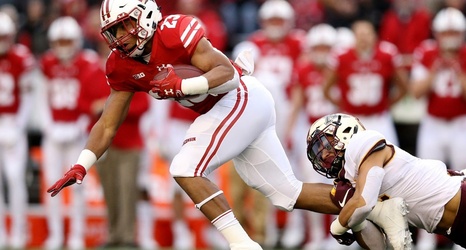 Sophomore tailback Jonathan Taylor became the fourth Badger - and third since 2012 - to pick up the trophy for the nation’s top running back. Taylor won the vote over Darrell Henderson of Memphis and Travis Etienne of Clemson.

Wisconsin is now tied with Texas for the most Doak Walker Award winners thanks to wins by Taylor, Melvin Gordon (2014), Montee Ball (2012) and Ron Dayne (1999).

“It’s means everything,” Taylor said on ESPN after his name was announced Thursday at the Home Depot College Football Awards.