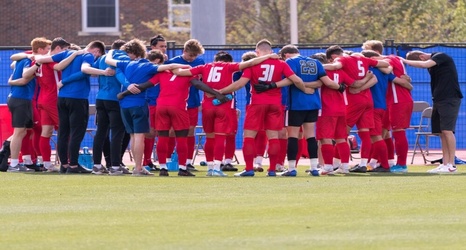 UNIVERSITY PARK, Texas — “Some of the best we’ve played this year.” That was how head coach Kevin Hudson described the Mustangs’ performance on Saturday night.

After a season full of uncertainty that led to canceled games and inconsistent play where the Mustangs failed to win more than two games in a row all season long, emotions took over the field.

As SMU seniors Nick Taylor, Noah Tilt, Luke Thompson, and Brandon Terwege took the field for the last time, they were showered with love and memorabilia.