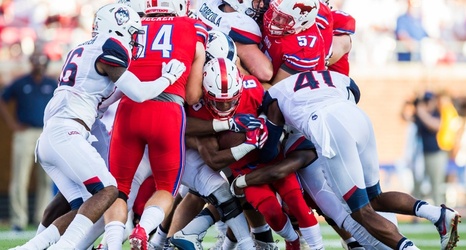 The American Athletic Conference is reportedly losing one of its members to the Big East.

UConn, according to multiple reports, is expected to join the Big East in basketball and other sports after formally receiving an invitation in the near future. Yahoo Sports, The Hartford Courant and ESPN say that the move would go into effect for the 2020 season.

The school's football future is unclear, according to both publications. The Hartford Courant's Mike Anthony said dropping the program is not being considered. Yahoo Sports' Pete Thamel reports that the AAC "will not take UConn as a football-only member.