SMU, Mordecai get comfortable season-opening win, questions remain of what it all means going forward 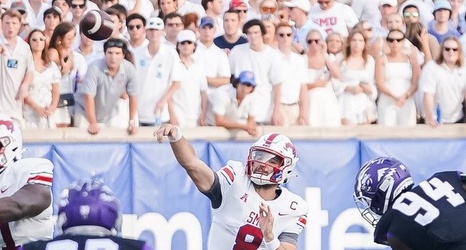 UNIVERSITY PARK, Texas — Tanner Mordecai sat back and waited as the play developed down field. A pair of Abilene Christian defensive lineman were crashing down on him. But Mordecai’s eyes were watching Danny Gray slowly inch away from his defender.

And just as Gray found enough room in the back of the end zone 30 yards away, Mordecai lofted a soft, looping ball into his receiver’s hand. The handful of purple jerseys knocked Mordecai over, but the touchdown had already been completed.