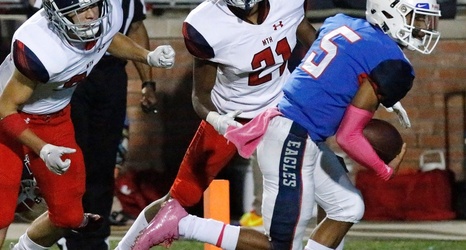 Now, Sharpe can finish that sentence. The rising senior and projected starter for Allen announced his commitment to SMU on Tuesday.

Sharpe also had offers from Arizona, Air Force and Army. The SMU offer was Sharpe's most recent. He tweeted it out on on June 11, adding that it was an offer for him to play quarterback.