Plagued by 32-Day layoff, SMU’s early exit leaves questions for postseason and lament on what could have been 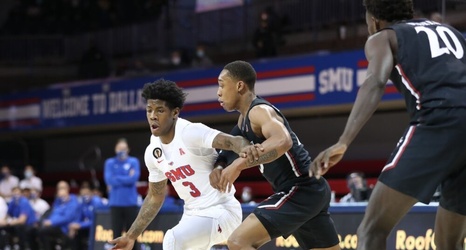 Cincinnati was in the midst of a 20-1 run. SMU had not hit a shot in nearly five minutes. It had turned the ball over four times and had watched as a one-point game morphed into a nearly 20-point deficit.

And with four minutes elapsed from the second half, Davis was in a struggle to get the ball past half court. With three Cincinnati players converging onto him, Davis lost the ball and could only watch on the ground as Tari Easton picked it up and dunked in the physical manifestation of the run.