Klay Thompson's injury and return sends Twitter into a frenzy 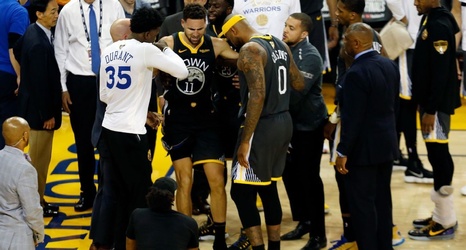 Golden State Warriors forward Klay Thompson was in the middle of putting together another epic "Game 6 Klay" performance -- 28 points on 8-for-12 shooting late in the third quarter -- when he went down hard after being fouled on a dunk attempt, silencing the Oracle Arena crowd. After having witnessed Kevin Durant go down for the season with a ruptured Achilles in Game 5, fans and fellow NBA players feared the worst as Thompson went back to the locker room.

It was his left knee.