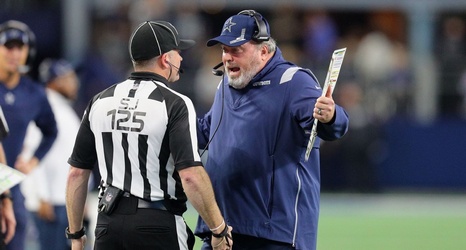 ARLINGTON, Texas -- Dallas Cowboys owner and general manager Jerry Jones made it clear he did not pin his team's 36-33 overtime loss to the Las Vegas Raiders on the officials.

But he made it clear he wasn't pleased that it affected the game.