After working out with Trevor Lawrence and Jordan Palmer, Buechele looks to capitalize on being unconventional prospect 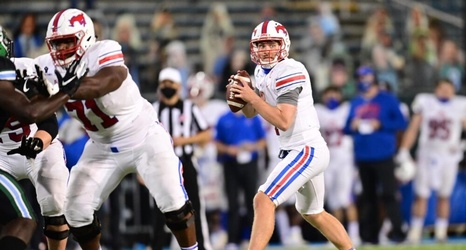 UNIVERSITY PARK, Texas — The lead up to Shane Buechele’s Pro Day for the last three months has been rather conventional.

The former SMU quarterback trained in southern California with Jordan Palmer, a known guru for the position.

He worked out with the likes of former Clemson quarterback Trevor Lawrence and Memphis’ Brady White — the former being the undoubted No. 1 pick in this year’s draft and the latter a finalist for American Athletic Conference player of the year. Both are the prototypical molds for an NFL quarterback.

“I feel like I’m right up there with them,” Buechele said on Thursday.