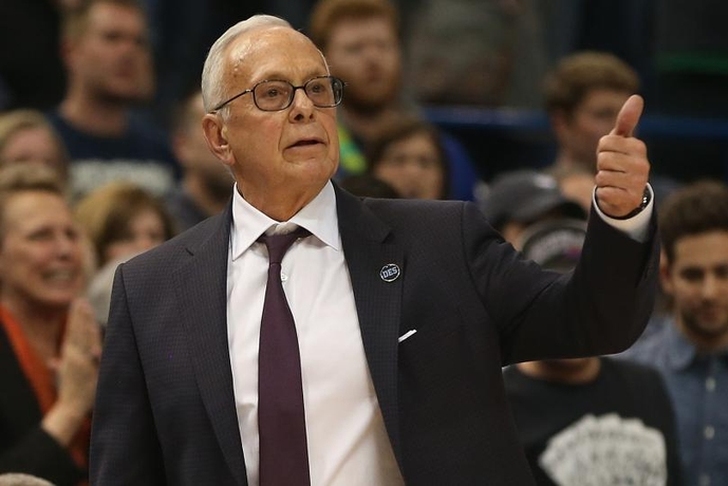 SMU head coach Larry Brown has informed the school that he is resigning, according to ESPN's Andy Katz.

Brown cited failed contract extension negotiations with the school as the reason for his resignation. The 75-year-old Brown was seeking a five-year extension from the school, but SMU was unwilling to offer him anything more than two years.

He texted the parents of his players to tell them of his decision. According to CBS Sports' Gary Parrish, Brown apologized and said that resigning was "never his plan."

SMU will promote assistant coach Tim Jankovich, who was hired as the head-coach-in-waiting behind Brown in 2012. He has previously coached at Illinois State and North Texas.

He was hired by the school four years ago, and guided the Mustangs to a 94-39 record - including a 25-5 mark last season. However, the program was banned from the postseason due to an NCAA investigation into academic improprieties.

In all, he led the Mustangs to one NCAA Tournament appearance in his four years, resulting in a first round loss in 2015.

Follow our SMU Mustangs news page for all the latest SMU basketball news!